International Women’s Day (March 8) is a global day celebrating the social, economic, cultural, and political achievements of women. The day also marks a call to action for accelerating women’s equality. IWD has occurred for well over a century, and IWD is not country, group or organization specific. It is also a good time to pause, reflect and learn more about the distinguished service of women who have served or continue to serve in The Royal Montreal Regiment (RMR). In honour of IWD, the RMR Foundation is publishing profiles of service of some of the women who have served (and continue to serve) in our ranks.

Westmount, Quebec – 08 March 2022: Master-Corporal Tess Pellow joined the RMR in 2016 and is currently serving as a Section Commander in “B” Company, the RMR’s operational rifle company. Aside from her Infantry trade and leadership training, she is a qualified Harassment advisor, Medium Support Vehicle System (MSVS) Operator, and FORCE test Evaluator. The FORCE Evaluation is a reflection of the CAF minimal physical employment standard related to common defence and security duties known as the Universality of Service principle. 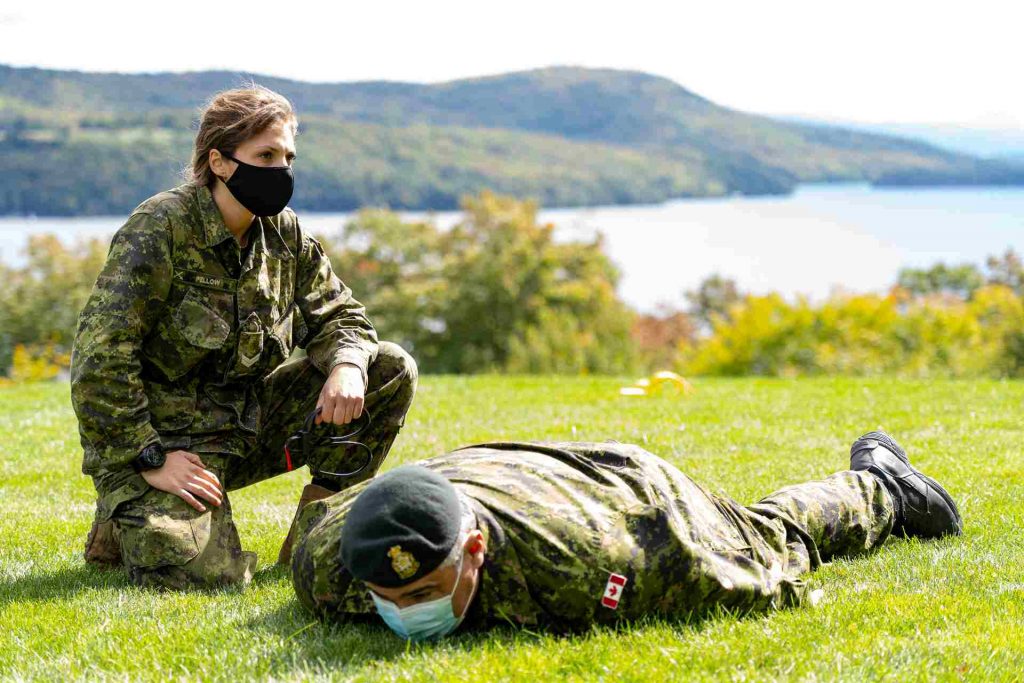 Her favourite memory of serving with the Regiment thus far is of participating in the Arctic Response Company Group (ARCG) exercise in Kangiqsualujjuaq, an Inuit village located at the mouth of the George River on the east coast of Ungava Bay in Nunavik, Quebec. She has traveled a fair amount with the army, and she recalls that probably the coolest thing she has done was representing the Regiment as part of the 100th Anniversary of Armistice ceremonies in Belgium in 2018.

Known for her straight talk, when asked what she likes the least about being in the RMR, she cut to the chase and said “Instructors unaware of the most effective way of teaching subordinates”. This self-awareness is critical for the development of soldiers, and Master-Corporal Pellow’s wise words should be heeded by leaders at all levels.

Her advice to young soldiers in the Regiment is “We are not just a team, but a family – participate and take advantage of the amazing cohesion built amongst colleagues.”

MCpl Tess Pellow upon being promoted in Valcartier, 27 March 2021