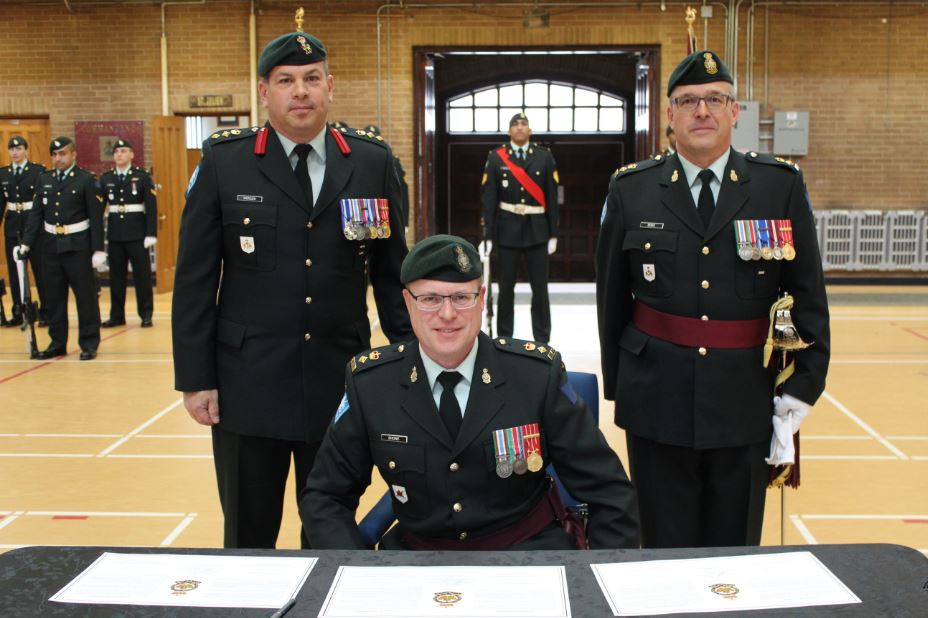 Lieutenant-Colonel Shone started with the Regiment as a Private in the 1980’s, rising in rank to command the RMR from 2002 – 05. He later commanded the CGG from 2005-08, and recently has commanded the 34 Brigade school.

Thank you & good luck to LCol Denis, and ‘welcome home’ for LCol Shone!

Photos of the ceremony can be found on the RMR Facebook page.