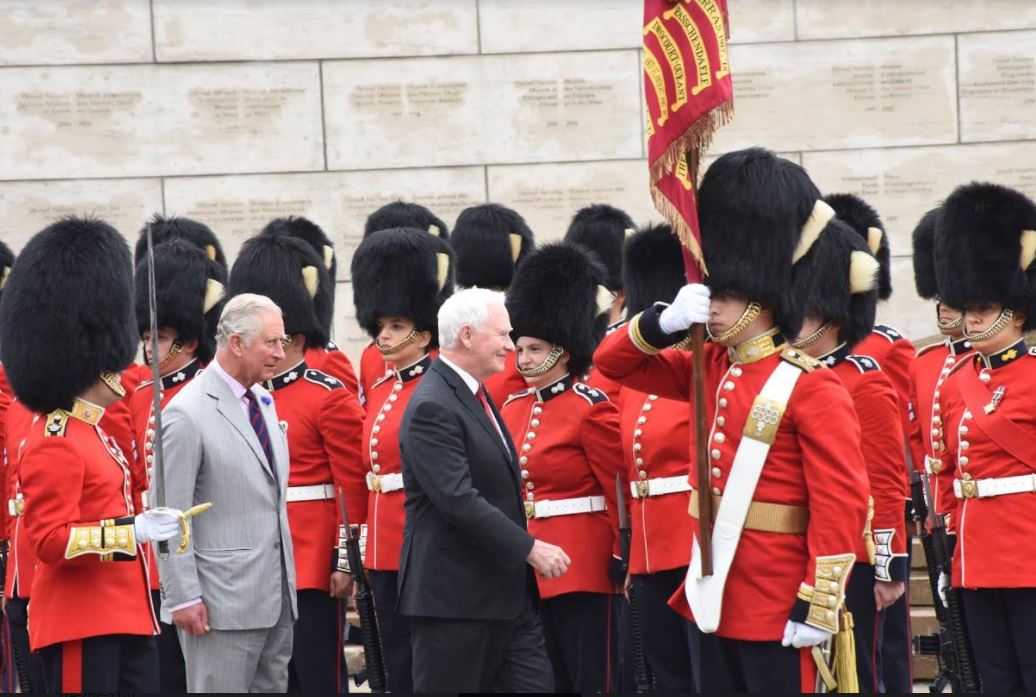 Lieutenant Baburin as colour officer during the inspection by HRH Prince Charles and the Governor General.

Ottawa, Ontario – 09 August 2017: Ceremonial Guard is a summer tasking available to all trained Regular or Reserve members of the Canadian Forces. The three month contract consist of two phases. Phase 1 is the intensive drill phase, in which members learn and practice the drill movements required for the various ceremonies performed on parliament hill. The Second phase consists of public duties, these duties include: the changing of the guard, sentry at Rideau Hall, and assisting in funeral ceremonies.

There are currently 15 RMR members tasked to Ceremonial Guard. During the month of July they had an opportunity to meet His Royal Highness Prince Charles, The Governor General His Excellency the Right Honourable David Johnston, The President of Chile, Michelle Bachelet, The President of Italy, Sergio Mattarella, as well as an assortment of other dignitaries and celebrities. Moreover, they participated in Celebration of the 150th anniversary of Canada and the “Fortissimo” show while thousands of people were watching them.

A normal day in Ceremonial Guard is distinctly unique from regular military tasks. During phase one, mornings would begin with physical training (as per military standard), followed by the signing of the weapons and the start of drill practice. While sloppy at first, as the troops and officers begin to learn new drill movements, we would become highly proficient professional examples of how drill should be done. Dress for the day would alternate daily from combats to 3B’s, a uniform made up of shined boots, pressed pants and shirt and one of three choices of headdress. Drill practice would go from 0800 to 1600 every day. 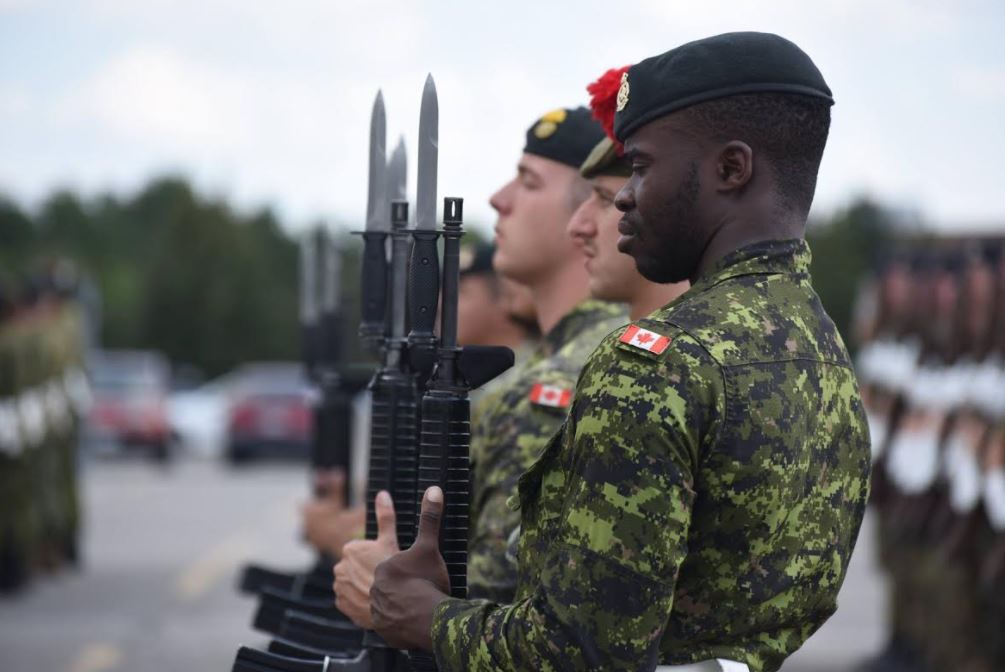 Phase 2 was decidedly different, if on parade, mornings were spent assuring all uniforms were up to standard by being inspected twice over. Parade dress was the uniform of the Canadian Grenadier Guards from Montreal, made up of full Scarlets, bearskins and a white plume. Following inspections, an hour long drill practice was conducted before boarding transport to Parliament Hill. Once in position the daily ceremony of the changing of the guards would begin, once the Guards returned, the rest of the day is spent preparing for the next day’s duties. Generally this meant more polishing and preparation of the uniform.

Officers are an important element of Ceremonial Guard. They lead their troops on parade and call the words of command. Their voice should be loud and crisp, espousing excellent command and control, their sword drills should be sharp and flawless. Along with their parade duties, they are also responsible for the well-being of their troops. Their well-being is critical in a long task such as this and can only be accomplished through the effective use of their second-in-command, generally a Warrant Officer, as well as their subordinate commanders, generally Sergeants. The close working relationship between the Officer and his subordinate commanders is crucial in ensuring proper administration, good morale, and effective teamwork.

Ceremonial Guard is an excellent learning experience for young soldiers, sergeants, and officers. It offers a wide variety of challenges and enforces key military values, such as Discipline, Leadership, and Teamwork.