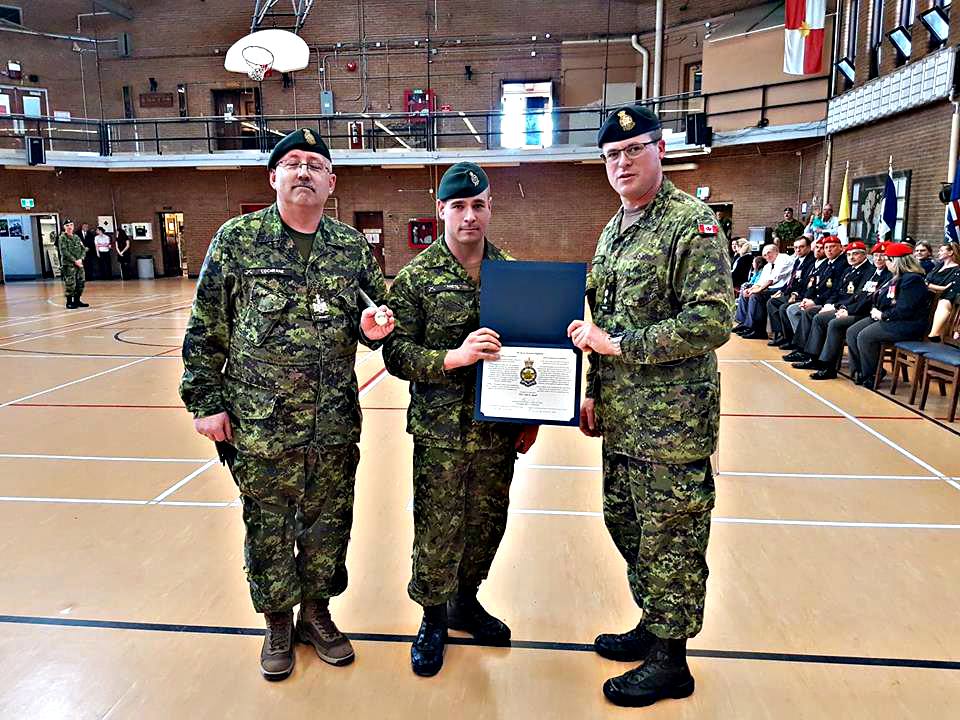 Westmount, Quebec – 08 May 2018: At the battalion review held yesterday after the annual RMR church parade, WO Andrew Anctil certainly set the standard by earning a commendation, winning a trophy, and sharing the top honours in rifle shooting proficiency!

His CO’s commendation read: “WO Anctil has demonstrated exemplary dedication to the Canadian Armed Forces and the RMR. While employed on Class B as the Ops Warrant Officer for the 34th CBG Battle School, WO Anctil volunteered his services as the Bravo Company, 4 Platoon 2IC followed by his appointment as Bravo CSM. He improved and influenced the training, mentoring, and discipline of RMR soldiers, and without his efforts Bravo Company’s output would have been greatly affected. WO Anctil’s dedication is an example to all.” 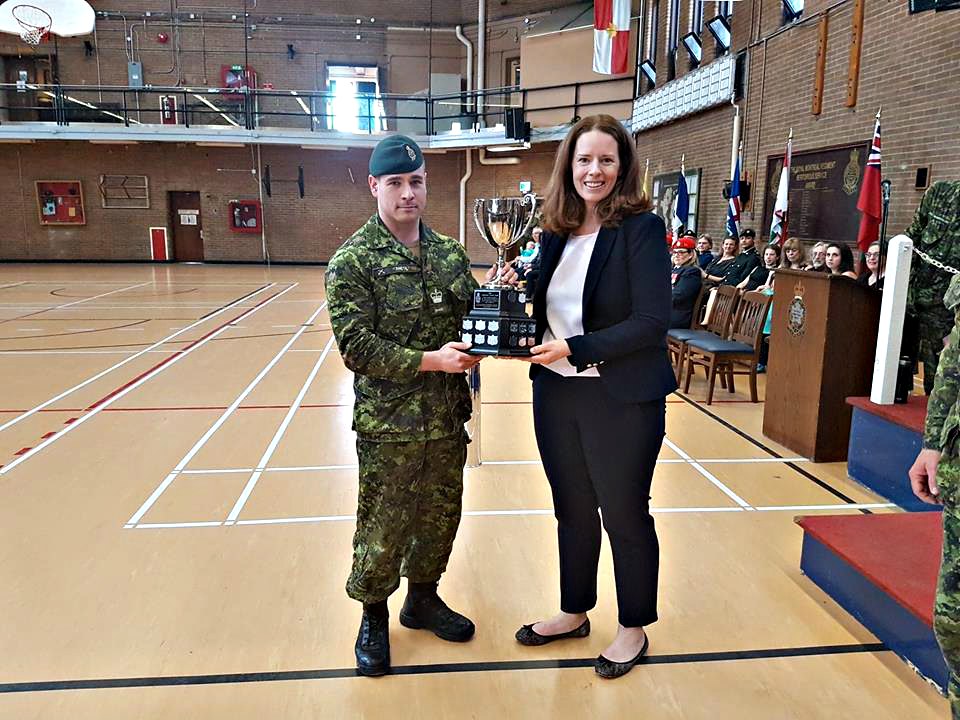 WO Anctil being presented the Colonel Trent Cup by Her Worship Christina Smith, Mayor of Westmount

For the second year in a row he earned the “Colonel Trent Cup” for being deemed as the RMR’s fittest soldier in the 2017-18 training year.  This award is only given to the most deserving soldier who displayed the best attributes of physical robustness in the previous training year and who is considered to have set the standard for excellence in overall physical fitness. Named for Colonel Peter Trent who was one of the longest serving Honoraries in RMR history, and who devoted more than 14-years of selfless energy as both the Honorary Lieutenant-Colonel and then as the Honorary Colonel to helping the Regiment in every conceivable fashion. As a five-time Mayor of Westmount and a highly successful entrepreneur, he has always led by example and set the highest standard for leadership and integrity. Recognizing the crucial importance of physical fitness to an Infantry unit, he requested that this award be created upon his retirement as Honorary Colonel in November 2008. 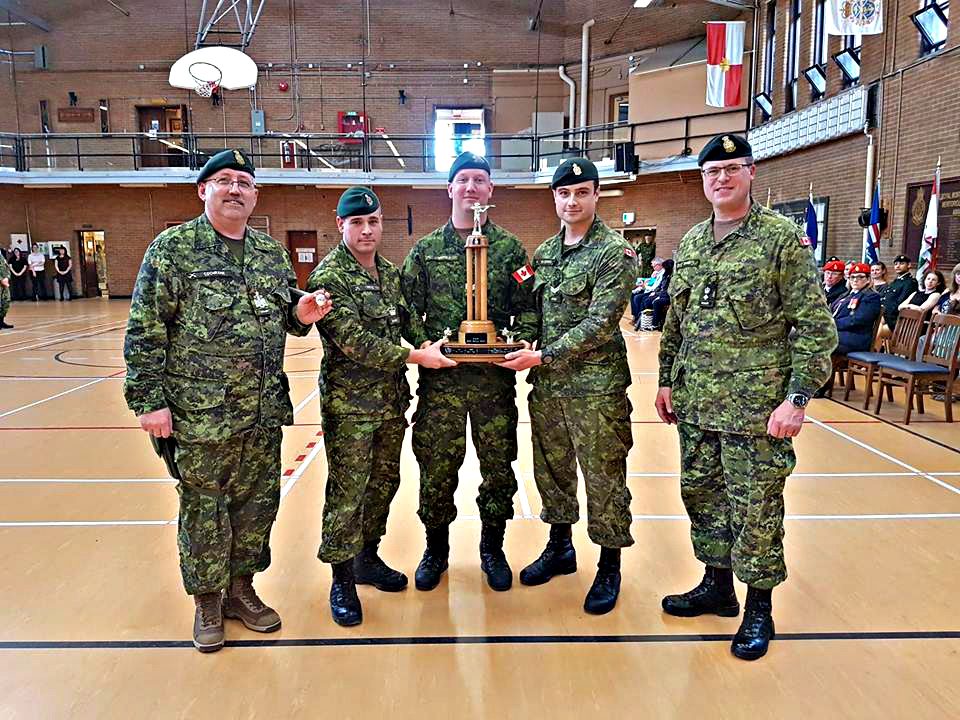 And just in case WO Anctil got too comfortable on the parade, he was summoned forth a third time to share in the “Best Rifle Shot” trophy honours, which is awarded to the soldier with the highest score on the annual Personal Weapons Test. This year, the Regiment had a three-way tie between WO Andrew Anctil, Sgt James Hatfield, and Cpl Jean-Philippe Valliere. Shooting proficiency is key to being an effective infantryman, and their skills are setting a high standard for their peers to emulate. It must be noted that WO Anctil and Sgt Hatfield, and as the strong leaders they are, declined any claim on the cash award so that Cpl Valliere could benefit.